Brumark, the Total Flooring Solutions Specialist, is pleased
to welcome Alec Pierson to the team as Client Experience Manager in the
Northeast region. He serves clients across New England and the Mid-Atlantic
states, consulting with them on their tradeshow and event flooring needs and providing
expert consultation and assistance during each stage of the project.

Pierson brings tradeshow industry and sales experience to
his new role, having served as an Exhibit Consultant at Skyline Exhibits
Chicago. He is a graduate of Illinois State University and has been an Exhibit
4 Smiles volunteer since 2011.

“With his dedication to providing excellent service and his
industry experience, Alec is a strong addition to the nationwide Client
Experience team,” says James Zacharias, Vice President of Sales at Brumark.
“Our entire team is committed to providing world-class service, and Alec’s
insight will help clients receive the best flooring solutions for their
specific projects.”

More information about Brumark, the national leader in
tradeshow and event flooring solutions, is available at www.brumark.com or by
calling 800-291-9606.

We love our industry and the opportunity to meet and share
with everyone at EXHIHBITORLIVE!

A big thank you to all those who stopped by our booth. We
had terrific conversations with engaged customers eager to discuss how Brumark
can help deliver true results for their business and their clients.

Here are a few of the many highlights from this conference:

We were especially pleased to partner with the EXHIBITOR
team on the sponsorship this year, along with ID3 Group and Chisel 3D. “The team at Exploring greatly exceeded my
expectations with the execution of the concept,” said Randy Acker, President and COO of
Exhibitor Media Group. “For the attendees and exhibitors the
elephant was a hit before EXHIBITORLIVE had even opened for the week. The goal
of creating an unexpected element within The Square and The Connection Zone
that was also a social media magnet was achieved. This was a great partnership
of bringing an idea to folks who could make it a reality.”

Watch for more information about Advantage XL and our other
Total Flooring Solutions in the coming months. And if you don’t get our e-news,
you can
subscribe here for updates and special offers.

EXHIBITORLIVE is always a great way to kick off a new year. Contact us today to see how Brumark can help you make 2018 your best year yet!

Take a tour of our exhibit and see the new Advantage XL:

Photos from the show: 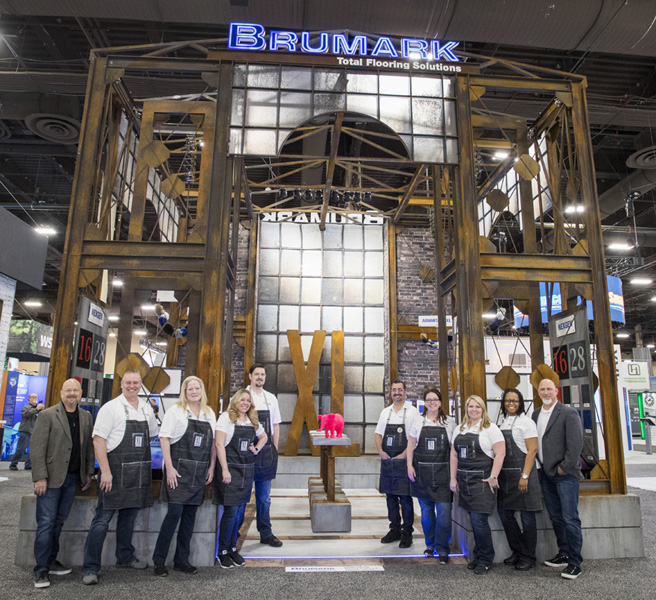 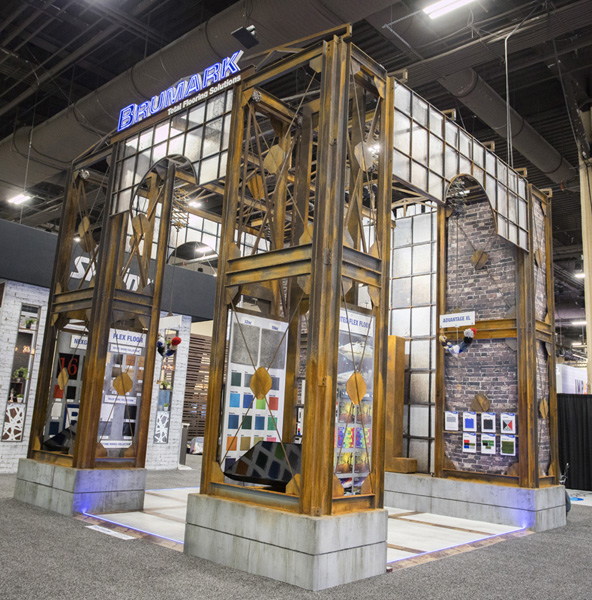 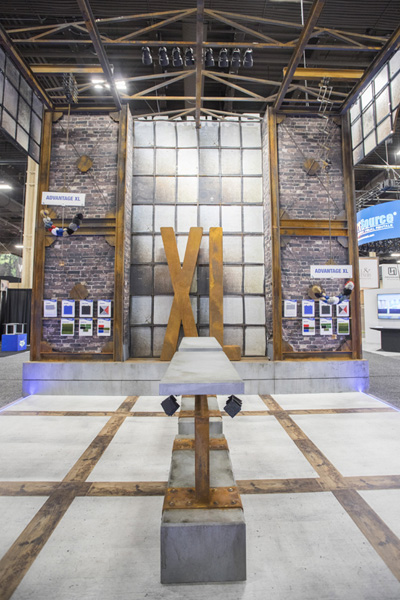 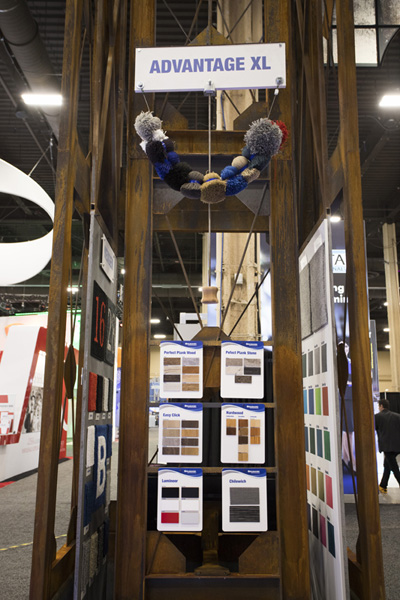 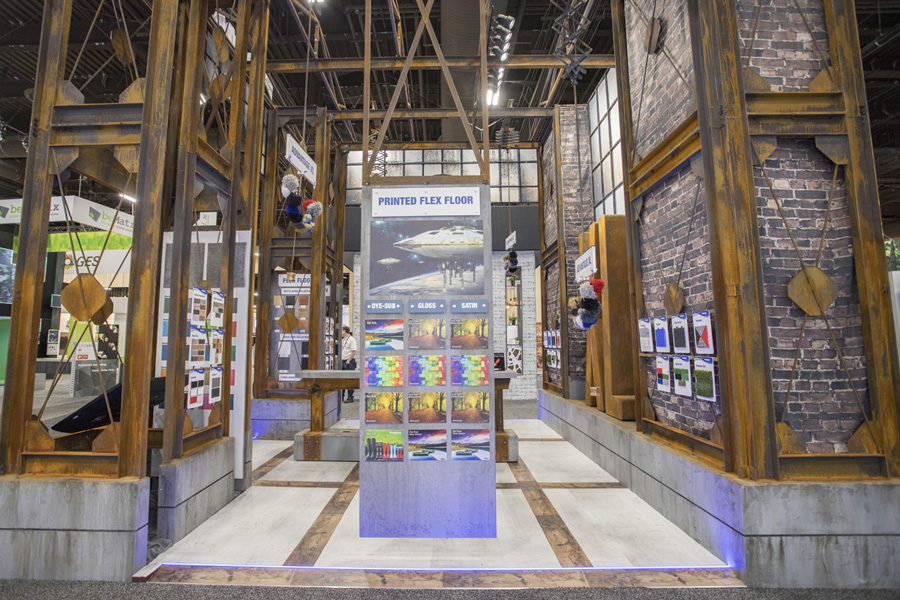 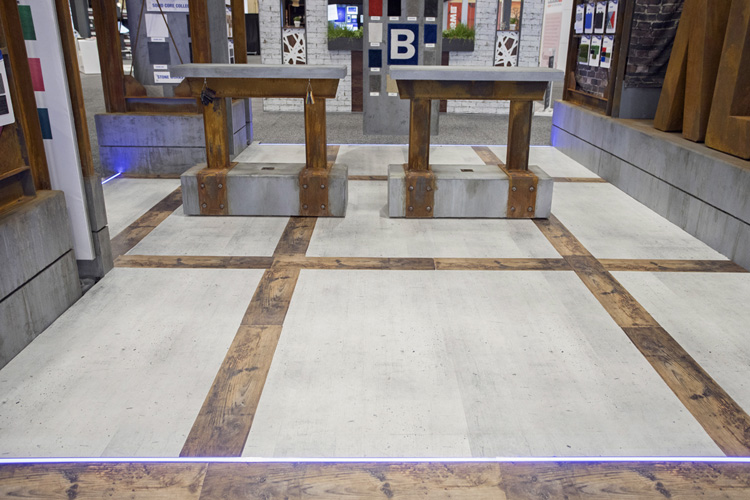 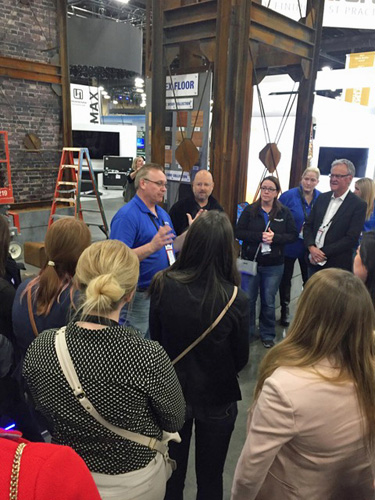 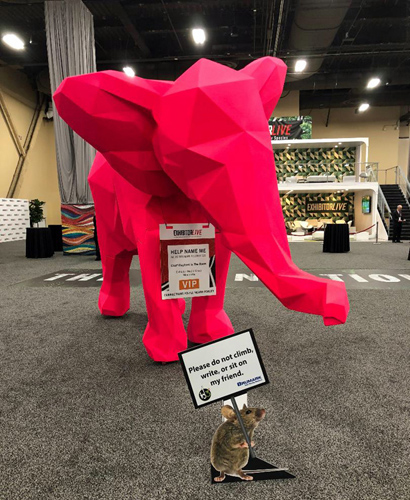 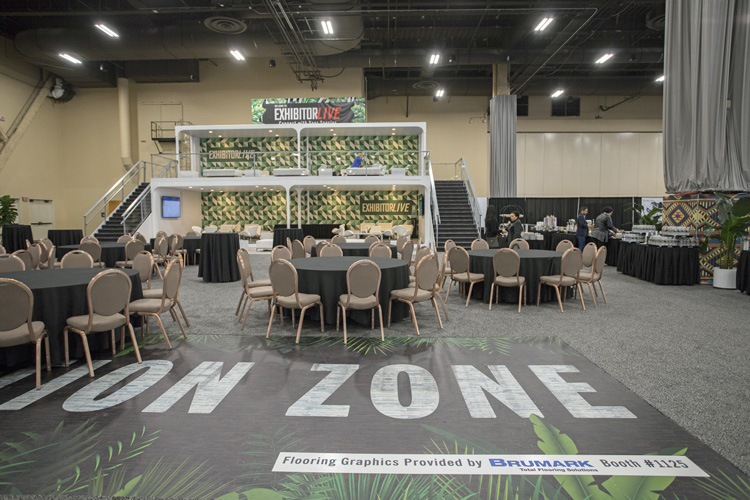 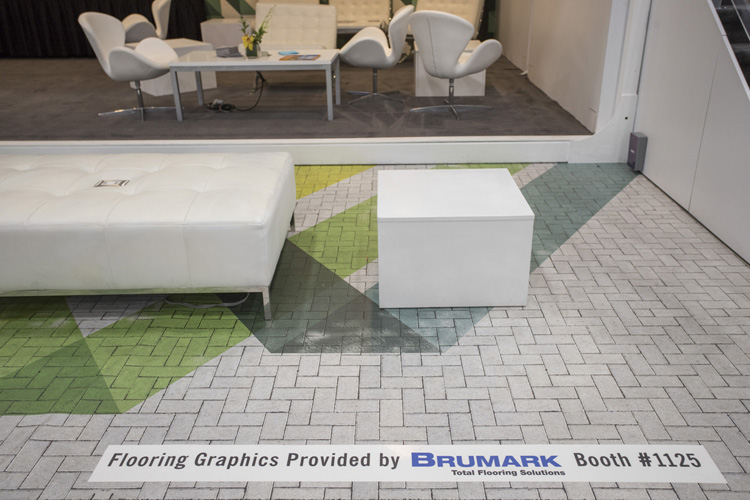 Exploring, Inc., the parent
company of several rapidly growing Atlanta-based companies, has named Shameka
Howell its 2017 Employee of the Year. This annual recognition is part of
Exploring’s Employee Awards program, which was created to acknowledge and honor
talented employees who go above and beyond in their roles.

Howell serves as Director of Operations in Exploring’s
Brumark Total Flooring Solutions division, which has been supporting the
exhibit and event industry with high-quality flooring for 35 years. Howell
oversees all the different aspects of production and operations for Brumark’s
Atlanta and Dalton facilities, including but not limited to custom fabrication,
estimating, process improvement, inventory control and vendor relations. She
directs the entire Production team as well as the Account Management team to
ensure the highest quality standards from the very initial point of estimating
and bidding to the final point of fabrication and installation.

Howell is a veteran of the United States Army and a natural
proponent for high standards, discipline, structure and compassion, all of
which are a part of her management style. She joined Brumark in 2013 as a
Project Manager and has served as Project Management Team Lead, Client Services
Manager, and Director of Account Management prior to taking on her current role
as Director of Operations in July 2017. Howell has an Associate of Science in
Business Administration from Georgia Perimeter College, courtesy of the EDPA
Foundation Scholarship she was awarded in 2013, and is currently pursuing a
Bachelors of Science in Criminal Justice at Georgia State University in
Atlanta, GA.

“Shameka’s commitment to her work and to ensuring that
Brumark serves clients with excellence shines through in everything she does,”
says David Walens, president of Exploring. “Her dedication and strong
leadership skills are integral to the success not only of Brumark, but to the
Exploring family of companies as a whole. This award is well-deserved, and we
sincerely appreciate all that Shameka does for our clients and our company.”

Exploring, Inc. is the parent company of several rapidly
growing Atlanta-based companies, including Brumark, Shelmarc Carpets, ID3
Group, Chisel 3D, Atlantis WaterJet and GCI Graphics. These companies offer
services for exhibits, events and environments — including tradeshow flooring
and full-service custom fabrication — as well as commercial and hospitality
flooring. Exploring’s operations include facilities in Atlanta and Dalton,
Georgia and a distribution facility in Las Vegas. Founded in 1999, Exploring
was named to the Inc. 500|5000, Inc. magazine’s annual list of the
fastest-growing private companies in America, in 2009, 2010, 2011, 2014 and
2016. More information is available at www.exploring.com.

Attendees will get an extra advantage when they visit Booth 1125 during EXHIBITORLIVE 2018, held
February 25 – March 1 in Las Vegas.

Brumark has invested in improved materials and processes to bring clients
the new Advantage XL — superior flooring at unbeatable value. The company will
debut its newest innovative flooring solution during EXHIBITORLIVE, where attendees can experience the benefits of Advantage XL and Brumark’s
full line of Total Flooring Solutions in Booth 1125.

Brumark and its parent company, Exploring, Inc., are also pleased to be
an EXHIBITORLIVE 2018 sponsor. Attendees can
experience Brumark custom-printed flooring at the show entrance, The Connection
Zone, and outside the VIP lounge, as well as for the Buyer’s Choice and Best of
Show awards.

“We are extremely excited to unveil the new Advantage XL at EXHIBITORLIVE because this game-changing flooring truly gives our
customers a huge advantage in quality and value,” says James Zacharias, Vice
President of Sales at Brumark. “Attendees will have multiple opportunities to
experience Brumark’s Total Flooring Solutions, from our booth to Brumark
flooring in use in clients’ exhibits and throughout the show floor. We look
forward to talking with visitors about how Brumark’s flooring solutions can
benefit them. ”

More information about Brumark, the national leader in tradeshow and
event flooring solutions, is available at www.brumark.com.